You are the best!

It’s been a few weeks since we first emailed you to announce One Squat Shop. THANK YOU for your support, whether you placed an order, gave us feedback on the site, made suggestions, liked us on Facebook, or more… as you are the group of people closest to us, it truly means a lot.

Based on your advice, we made some updates to the site, including the ability to zoom in on photos, read sizing charts, and purchase gift cards!

As budding entrepreneurs, your continued support and help mean the world to us! We’d LOVE it if you can continue to back us by doing the following:

…and of course, most importantly… place orders with us! In all seriousness, we hope you will keep us in mind for all of your future activewear needs. You can find that shirt or pair of capris to kickstart your fall workout plan from Our Favorites.

Once again, thank you! Please continue to send any and all feedback our way.

I’m emailing you today to share some exciting news! This fall, we’ll be launching One Squat Shop, an online boutique for fitness apparel and accessories. Over the past four months, we’ve been working fervently to curate independent fitness apparel brands that produce quality clothing with unique style. Now we are finally ready to open our site for you, our small (lucky!) group of trusted customers!

We want to say thanks for supporting us the past few months (you were a supporter whether you knew it or not!) so for the next few weeks, we’re giving you exclusive access to our launch. We trust you, your opinions, and your feedback, and in exchange we would like to offer you free shipping on all purchases for this first week.

While we have flipped the switch so that One Squat Shop is open to the public and completely usable, we are still iterating on the store, the look and feel, and the product line-up. Please write us about your shopping experience, and let us know how we can do better. We are thrilled to be taking this next step and look forward to hearing from you!

Here are some of our favorite items:

The USDA released proposed nutritional standards for snack foods and beverages that are sold in schools. They are currently soliciting comments through the end of tomorrow (April 9th, 2013 11:59PM EST). According to the Atkins Center for Weight & Health at the University of California – Berkeley (disclosure: went to UC Berkeley), the Smart Snacks in Schools Proposal issues guidelines that better meet “common-sense standards for fat, saturated fat, sugar, and sodium, while promoting products that have whole grains, low fat dairy, fruits, vegetables or protein foods as their main ingredients.”

It is important that we support these new standards to help our children meet their dietary needs and keep snack foods that prevent them from achieving optimal nutrition health out of our schools.

If you would like to read the Atkins Center’s official letter in support, I am posting the .doc file here:

I believe the standards can be higher, but this is a solid first step in the right direction.  This is what I wrote if you would like to copy my comments (pulled from the .doc file):

“Overall, I strongly support the “Smart Snacks in Schools” proposed rule. It is essential that children receive food in school that will help them meet their dietary needs not competitive snack foods that will assuredly prevent themfrom achieving optimal nutritional health.

From a former overweight child, Lindsay”

Further information about the standards:

GOOD posted an article today titled “Five Skills Designers Have That Global Development Needs”.  After browsing the list of reasons, I was reminded why I want to design for the childhood overweight problem: Because I have the skill set that this problem needs. 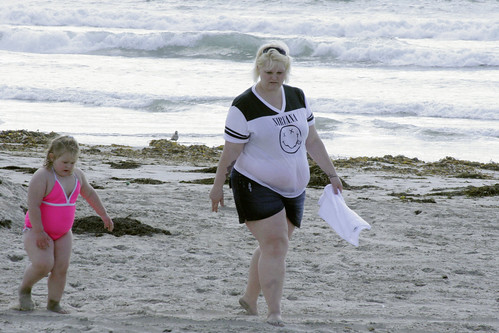 The reasons that Heather Fleming outlines are applicable to any field in which designers are not playing active roles.  They are:

Wearable technology has the potential to impact health and fitness in BIG ways, but at it’s current state, designs can be greatly improved upon. In designing wearable technology, it is important to put just as much emphasis on the form as the function. It may be a great piece of technology, but if it’s not cool to wear, people probably are not going to wear it.

E-textiles have already made a dent into wearable technologies over the past decade, and the lesson we can learn from this industry is to integrate the technology into the fabric (of our lives), literally and anecdotally.

Jarrod from Cultivating Heroes outlines how he gave up chocolate for 1- month. How can we map this to other habits?

The now infamous 1972 Standford marshmallow experiment demonstrated that children who exhibited willpower (not eating 1 marshmallow for 15 minutes in order to receive a second marshmallow) were more likely to turn out better in terms of long-term success than their counterparts who could not exhibit willpower. “Better” was measured in terms of substance abuse, SAT scores and a general report of competency from their parents.

A more recent study demonstrated that the ability of a chid to exhibit willpower is based on how much they believe the second marshmallow will actually come. The researchers from University of Rochester primed one group with a similar situation using crayons, where the children that waited were given crayons. In another group, the children that waited were not given the extra crayons, therefore the correlation between willpower and reaching their goals was broken. In this second group, the children lost their incentive to use willpower to resist temptation; they believe their reward will not actually come to fruition even if they work hard by waiting.

Even more interesting: The former group of children who were consistently rewarded waited even longer for their incentive.

For any of us adults who have tried different diets and exercise programs, this finding comes as no surprise. If we continue to see success, we will continue to make good decisions. If we feel like our good decisions are not rewarded with success, we are frustrated, and we may consider giving up.

I draw this analogy directly to how I feel right now on my own Paleo journey. I have seen success (in terms of body weight, composition, metabolism, and key vitals) in the past, so I know the diet is worthwhile. But I am not seeing success now, I feel stalled in improvement. I teeter on the edge of feeling that the reward may not actually come. The willpower to be even more restrictive with my diet in hopes of reaching my goals is waning. Of course, this also has to do with decision fatigue elsewhere in my life.

But how does this relate to motivating children to exercise, eat healthy, and lose weight?

Key take aways from this experiment:

Willpower is the ability to resist temptation and exhibit self-control. In their titled “Willpower” by psychologist Roy F Baumeister and science writer John Tierney, the authors write that studies have revealed that willpower forces the brain to exert energy, and just like muscle, willpower can be strengthened and fatigued with use.

The same energy store that willpower draws from also powers decision-making. As each day wears on, our ability to make decisions and exhibit self-control decreases. Our brains begin to lose some ability to control our emotions so that cravings, frustrations, and desires (as well as other emotions) become overwhelming.

Many people point to different foods that force them to practice self-control. To place that food out of sight means we do not have to use our willpower muscle to exercise restraint. Seeing that food every day, at least for a little bit of time, and practicing saying “no” will help.  Over time, willpower acts like a muscle. With repetitions it can get stronger.

But what if we could change our idea of what is tempting so that willpower isn’t even a muscle that we need to use?

For a long time, pizza was a food I could not control myself around. One slice quickly became 4 slices, and then the guilt would begin to set in. But in the past 6 months, I have reassessed my diet, cutting out dairy and gluten altogether. I have spent a significant amount of time learning about how both harm my body. Now, when I look at pizza, I think about its negative aspects without hesitation, therefore, my willpower muscle never even gets activated.

If the food is no longer appealing because you can educate yourself on how bat it is for you, it is no longer tempting, therefore willpower is not needed.

More on this later.

Source: Resistance Training for Your Willpower Muscle on NPR

Hi, my name is Lindsay, and I created this site to house my research on child overweight, design, and the intersection between the two. I take a fairly academic approach to learning and brainstorming, so you will find a variety of articles and sources here. Since I grew up overweight, you will also read about my personal experiences.